The TV show premise focuses on the antics of Mr. Blick, Gordon and Waffle..

You can find out more at the Catscratch Wiki! 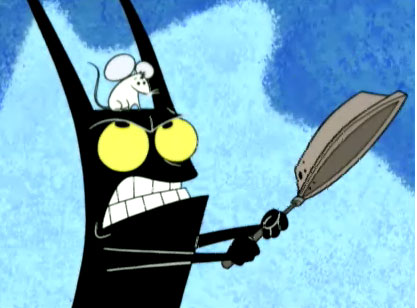 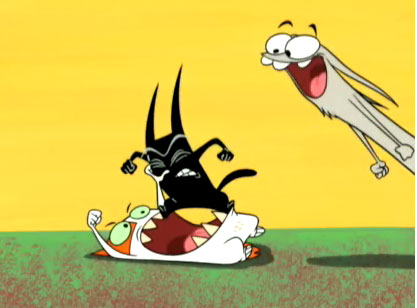 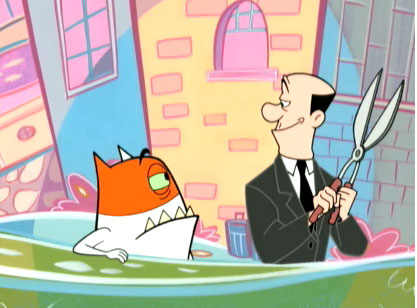 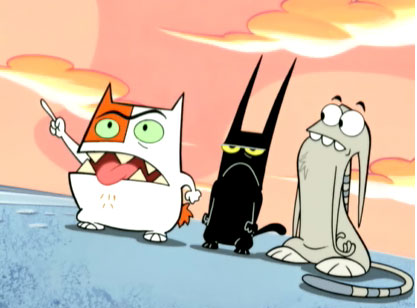 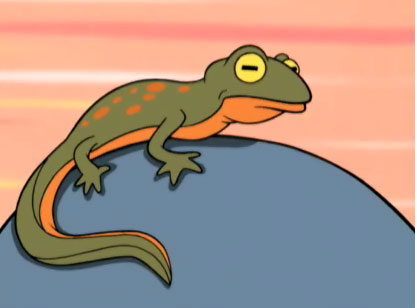 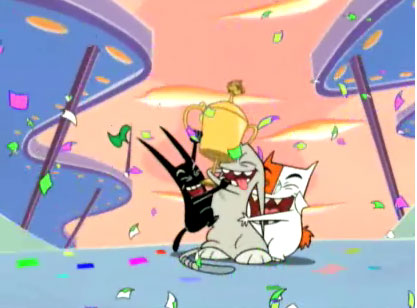 Doug finally got one of his own creations on TV and America hasn't been the same. (Really.)

Doug was an executive Producer for the show. Douglas Langdale wrote many of the episodes. Other writers included John Behnke, Thomas Hart, Rob Humphrey, Jim Peterson and Steve Roberts.

More information about the Earthworm Jim TV show can be found on these sites:

Bob the Tomato, Larry the Cucumber and all their veggie friends venture off the countertop and into a bigger world for the very first time in VeggieTales In the House, which brings the beloved faith-based brand to their first ever Netflix original series. With important life lessons and inspirational messages built into each story, every episode also features a brand-new song, ensuring that the veggies are always fresh ... and always fun!

Everything you wanted to know about Project Geeker and were afraid to ask (and you should be afraid to ask) can be found on ProjectGeeker.org - it's the only Geeker site in existence!

Doug was a consulting producer on the ABC prime time muder mystery Push, Nevada. It got cancelled so Doug moved his family into a cardboard box on Hollywood and Vine.

Push Exec. producer Ben Affleck was an avid Neverhood player so he got Doug to do the puzzle work for the TV show! Push, Nevada's $1,045,000 prize was won by Mark Nakamoto, 24, of West New York, New Jersey!

The Attack of The Killer Tomatoes